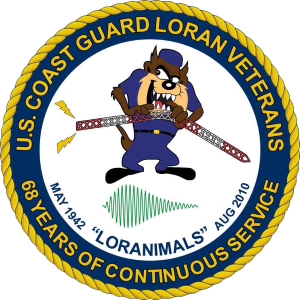 The Loran A & C Commuity at Coast Guard Channel tossed around an idea for a patch commerating the years of service of the Loran Radio Navigation System.  The Coast  Guard became involved in what became Loran when the CNO wanted a laison at the Radiation Laboratory at M.I.T.  In late May of 1942,  LCDR L.M. Harding, USCG reported to the CNO and departed for MIT.  LCDR Harding coined the acronym "Loran", Long Range Navigation.  Thus began the Coast Guard's relationship with Loran.  In Feb 2010, all U.S. operated chains terminated their Loran signals.  Those units participating in joint operational chains with foreign nations ceased operations in Aug 2010 is when the last operational U.S.C.G. Loran signals were emitted.

Now you can own the patch.

Genesis of the Loranimal Patch

The Loranimal patch started with a discussion on the Loran A/C Veterans group.  On that group's logo was the Loran Support Unit (LSU) Patch designed by then Ltjg John Hartline.  So, the concept was born.  I looked for the largest version of LSU's patch I could find on the internet which was at  Coast Guard Compass, the official blog of the U.S. Coast Guard. 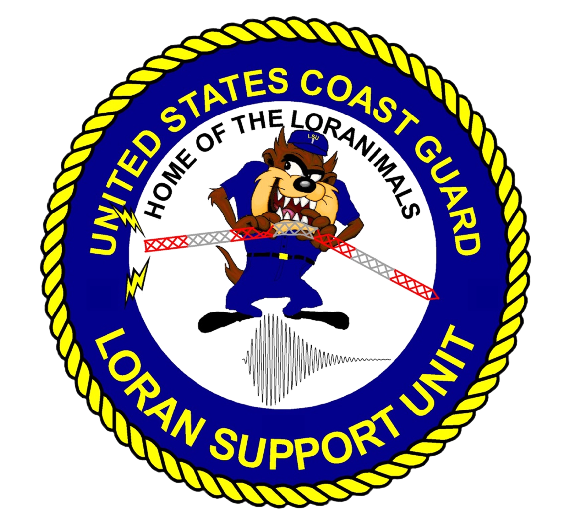 I did not want to do a tremendous amount of editing, but I wanted a gold colored line around the patch.  The Coast Guard Seal, located at the Coast Guard's website saved the day. 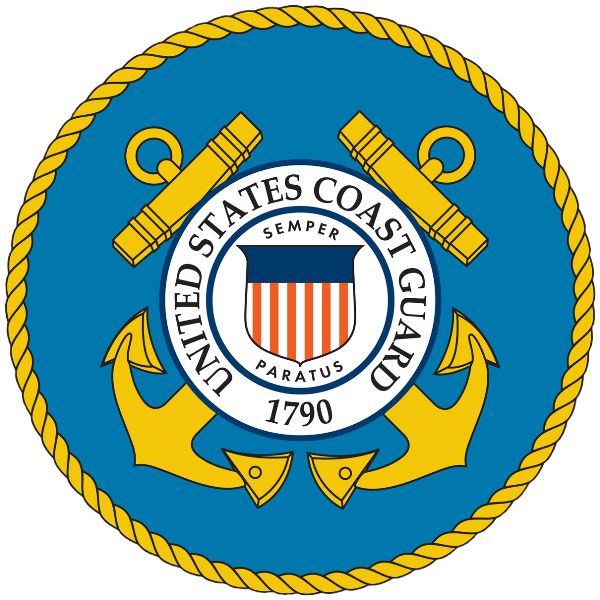 The CG shield was removed and the light blue was replaced with a dark blue.  Once the white field was added it was time to cut and paste.  The 500 microsecond Loran-C pulse was created in Excel using the same formula the stations used to check their Loran Pulse shape.  Taz has lost the LSU letters and his rank as a Ltjg.  The months represent the Coast Guards involvement with Loran from the first set of orders till the last pulse being emitted as part of an international chain.  Word art was used for the lettering.  The job didn't look pretty but it conveyed the concept. 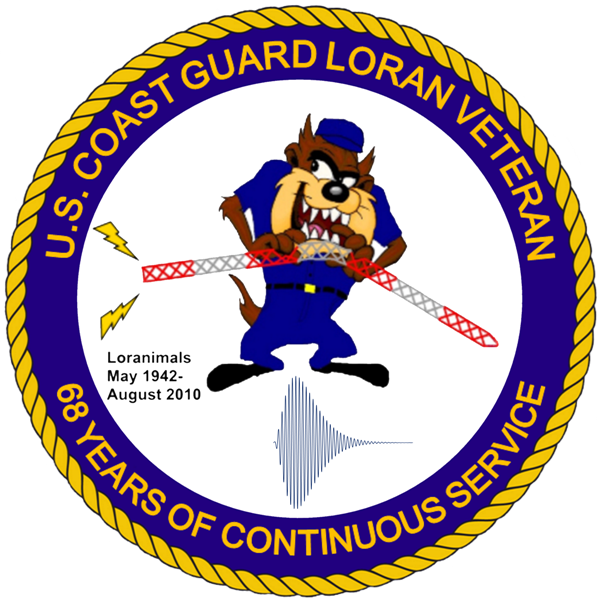 The group liked the concept.  Ray Rebmann Jr took over the project.  He requested my graphics and I sent him the largest graphics of the patch I had, and one without the words in the field of blue.   Ray contacted Jason Cyphers, a graphics artist, to clean up the patch. 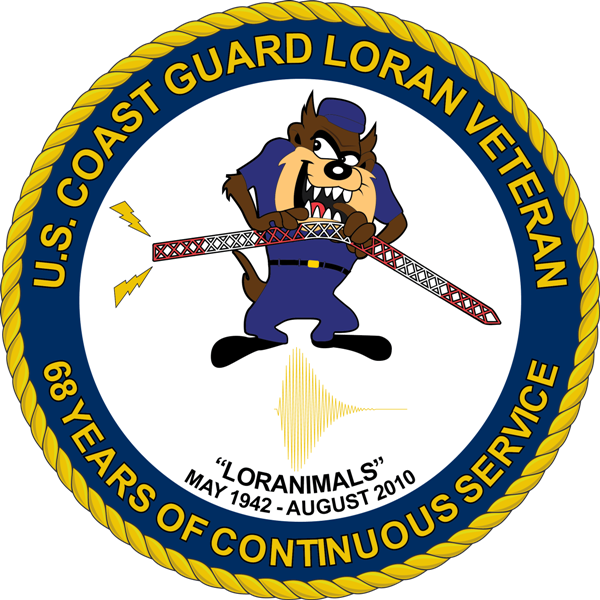 Further refinements included a stretched pulse of approximately 250 microseconds vice the 500 microsecond pulse, and repositioning the words.  Wess Wessling of USCG Patch Archive made the recommendation for those refinements.  Jason produced three patches and the group selected the winner. 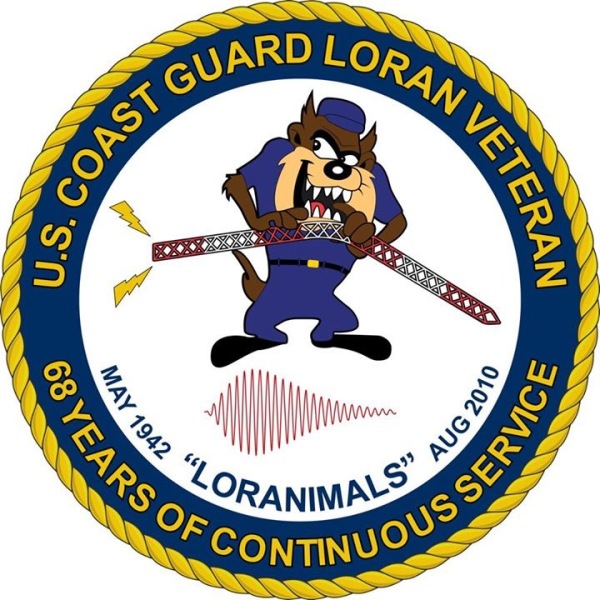 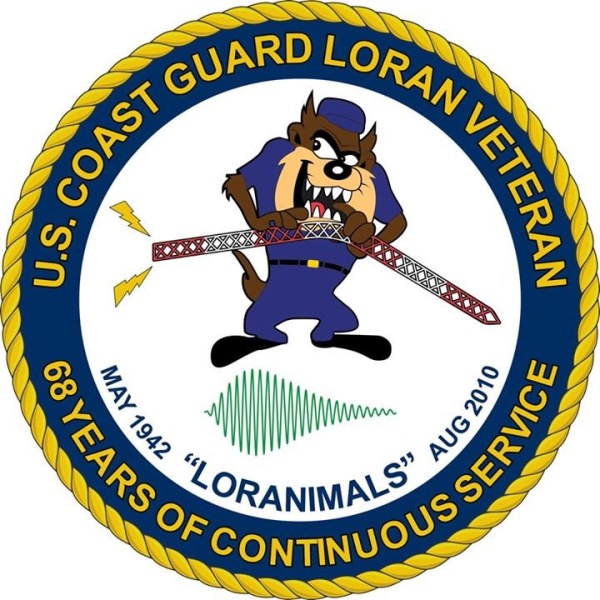 Three patches were shown to the group and the green pulsed patch won.  It reflected the oscilloscope's green trace and was the best choice.  I am glad to have played a small part in this effort.

Update: Ray informed me of a change to the patch.  The new patch added S to Veteran.